Somehow, you get inspired by the man 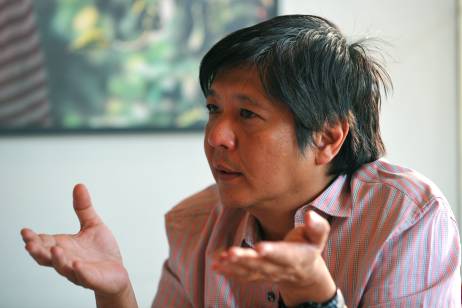 Tomorrow, we will celebrate once again our Independence Day or Araw ng Kalayaan but must ask ourselves whether we are truly free in the sense of the most basic of freedoms, freedom from hunger and poverty. Recent figures released by the National Statistical Coordination Board (NSCB) show that the percentage of Filipinos living below the poverty line has remained virtually unchanged since 2006. But because we are a bigger population today compared to six years ago, this means that there are more people now living in poverty. One can imagine the ambivalence they will be feeling celebrating Independence Day with barely any food in their plates. Seeing how patient Filipinos are, we’re sure that they are not expecting poverty to be completely eliminated; but they must be hoping to see some improvement in their lives.

Sadly, the poverty incidence figures do not auger well for their hopes and expectations, and is made more painful by the highly trumpeted 6.6 percent economic growth rate that the country posted last year and the stock market “record” figures they often hear repeated by government.

Tomorrow’s anniversary of our declaration of independence back in 1898 is similar to what we have today in that it contains a bad and a good “news” portion to it. Then, it was Aguinaldo declaring our independence which was the good news; the bad news was the Spaniards and the Americans did not recognize it as was documented in the Treaty of Paris. Today, the good news is both Spain and the USA are no longer our colonizers but the bad news is we are still mired in poverty with a high number of people deprived of three decent meals a day.

The struggle for freedom obviously continues and though we have no external enemies to shoot at, the task to eliminate poverty and build a nation of prosperous citizens in a more egalitarian society remains a challenge for all of us. But I still remain confident that we, again, will prevail because we have what it takes to triumph, then and now. My belief and faith in our people have not wavered. Have a good day.