From the Lips of a Dying President 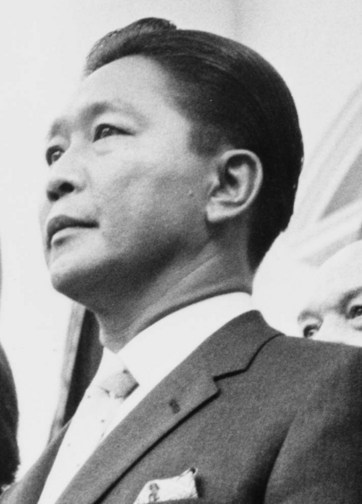 The Senate Blue Ribbon Committee and the House Committee on Good Government are now conducting separate investigations on “Operation Big Bird,” a cloak and dagger operation undertaken eleven years ago to bring back the alleged “hidden wealth” of Ferdinand Marcos. The investigations were called in response to President Ramos’ request for specific congressional authority to settle the Marcos issue once and for all.

Mr. Ramos was quick to add that the hidden wealth issue could have been resolved earlier by the Cory administration.

I can attest to that. Weak and already on his deathbed when I visited him in Hawaii on February 3, 1989, Marcos personally asked me to convey to Cory Aquino his offer to give up 90% of his earthly possessions to the Filipino people, through a Foundation which he had set up, but Cory only would allow him to die in his own country and be buried beside his mother.

I related this incident in a book “Neither Trumpets Nor Drums,” published in 1992 right after I ended my term as Vice President of the Philippines.

Pertinent portions that book I now quote for the benefit of those who have not read it.

“One of the most unforgettable trips I took as Vice President was my visit to Honolulu on February 3 and 4 1989.

“On February 2nd, at about 5 p.m., I received an urgent call from Mrs. Imelda Romualdez Marcos in Honolulu. She was sobbing on the phone. “ Doy, pwede ka bang makapunta rito? Masama na ang tayo ni Ferdinand. Gusto kang kausapin. Baka hindi na siya magtagal. (Doy, can you come here? Ferdinand is now in bad condition. He likes to talk to you. He may not live longer). Please, please come,’ she pleaded.

“I’ll have to cancel my appointments. Maybe I can go in few days?” I asked.

“She interrupted me, ‘Baka hindi mo na siya abutin. (You might be late). Please come as soon as possible!”

“I thought about it. The cases filed against the Marcoses had been pending for three years, yet nothing had happened. And the nation remained fragmented. Perhaps, if I tried the Lincolnian approach – ‘With malice toward none, with charity for all’ – we might be able to settle the issue and unite the nation.

“Then I remembered Imelda’s plea: ‘Gusto kang kausapin. (He likes to talk to you)’ Maybe there is a chance – maybe he is ready to settle?

“She first briefed me about President Marcos’ condition – that he was very weak. The doctors who were attending to him told me he had a less than 50 percent chance of surviving, that he might not even last three months.

“Then they took me to the Intensive Care Unit.

“I could not recognize Ferdinand Marcos when I saw him. The Marcos I knew was athletic, active, and articulate. The man I saw was skin and bones. About eighty-five pounds. Imelda announced cheerfully: ‘Andy, Andy, narito na ang Batangueño, narito na si Doy. (Here’s now the Batangueno, here’s Doy)’

“His eyes opened. He recognized me. He tried to talk. But only his lips moved. There was no sound.

“He signaled the nurse to remove the tube imbedded in his throat.

“The Nurse pulled out the long tube and asked me to bend closer so I could hear. Finally I heard his voice, very faint, almost a whisper. “Salamat, brod, nakarating ka. (Thank you for coming, brod). I have something to tell you.’

“I interrupted him: ‘Before you start, Mr. President, may I ask just one question?

“Why did you call me, Mr. President? Why me of all people? I vehemently oppose you. I was probably one of those responsible for your ouster Why Me?’

“He signaled me to stop.

“Say no more, brod,’ he said. ‘I never held that against you. You did what you had to do as leader of the opposition for many years. You opposed me on principle, never on personality. You were against martial law but you were noble about it, unlike some people. Besides, I cannot forget your father. I owe him my life, not once but thrice. Let me talk now. I have very little time.’

*** “Please tell Mrs. Aquino to stop sending me her relatives. They are proposing and asking so many things. All I want is to die in my country…I will run over 90 percent of all my worldly possessions to our conversation to our people. I ask only 10 percent for my family.’

“Just let me die in my own country. I want to be buried beside my mother.’

“His breathing had become more labored. The nurse stopped our conversation. ‘He has to rest not,’ she said.

“Before leaving I told him: ‘Mr. President, I do now know if Mrs. Aquino will listen to me, but I will try.’

“I hurried back to Manila to transmit Marcos’ message to President Aquino. I asked for an appointment but Cory would not see me. Here I was, her own Vice-President, asking only for three minutes of her time to convey an important message from her predecessor, and she would not see me. I was told by her Executive Secretary (Catalino Macaraig) she was busy. I learned later that she had allocated an hour to Tom Cruise, an American movie star.

“In view of her repeated refusal to see me and hear what I had to say, I wrote her a letter dated February 5, 1989: “Since my arrival yesterday, I have been trying to get an appointment with you…

*** “I hope you will find time to listen to the highly confidential message of Mr. Marcos considering its serious import and far- reaching consequences upon your administration and the nation as a whole.”

The next day, Cory replied:
“As to the highly confidential message from former President Ferdinand E. Marcos, I feel that in the light of your representation of its ‘serious import and far-reaching consequences upon your (my) administration and the nation as a whole,’ such message should be disclosed to the public rather than kept confidential. This is in accordance with my announced policy of utmost transparency in the management of the affairs of the country.”

On the same day I wrote back: “ I am still hoping that you will change your mind and receive the message in a private, non-political, direct, and unfiltered manner, beyond any personal and partisan consideration.

“As to your published suggestion that I share with the public the highly confidential information, I am afraid I am not yet at liberty to do so considering that the message was entrusted to me in confidence to be delivered to you personally. Only you and former President Marcos can declassify or disclose this message.

“Let us give national reconciliation and national stability every chance to succeed for the sake of our fragmented people.” (Neither Trumpets Nor Drums, at pp 104-111, 1986 ed, Second printing)

I never received any further reply from Cory.

Cory’s refusal to receive Marcos’ message was perhaps her biggest mistake. Had she studied it carefully, she could have settled the Marcos wealth issue eight years ago. Perhaps we could have paid off our foreign debt!