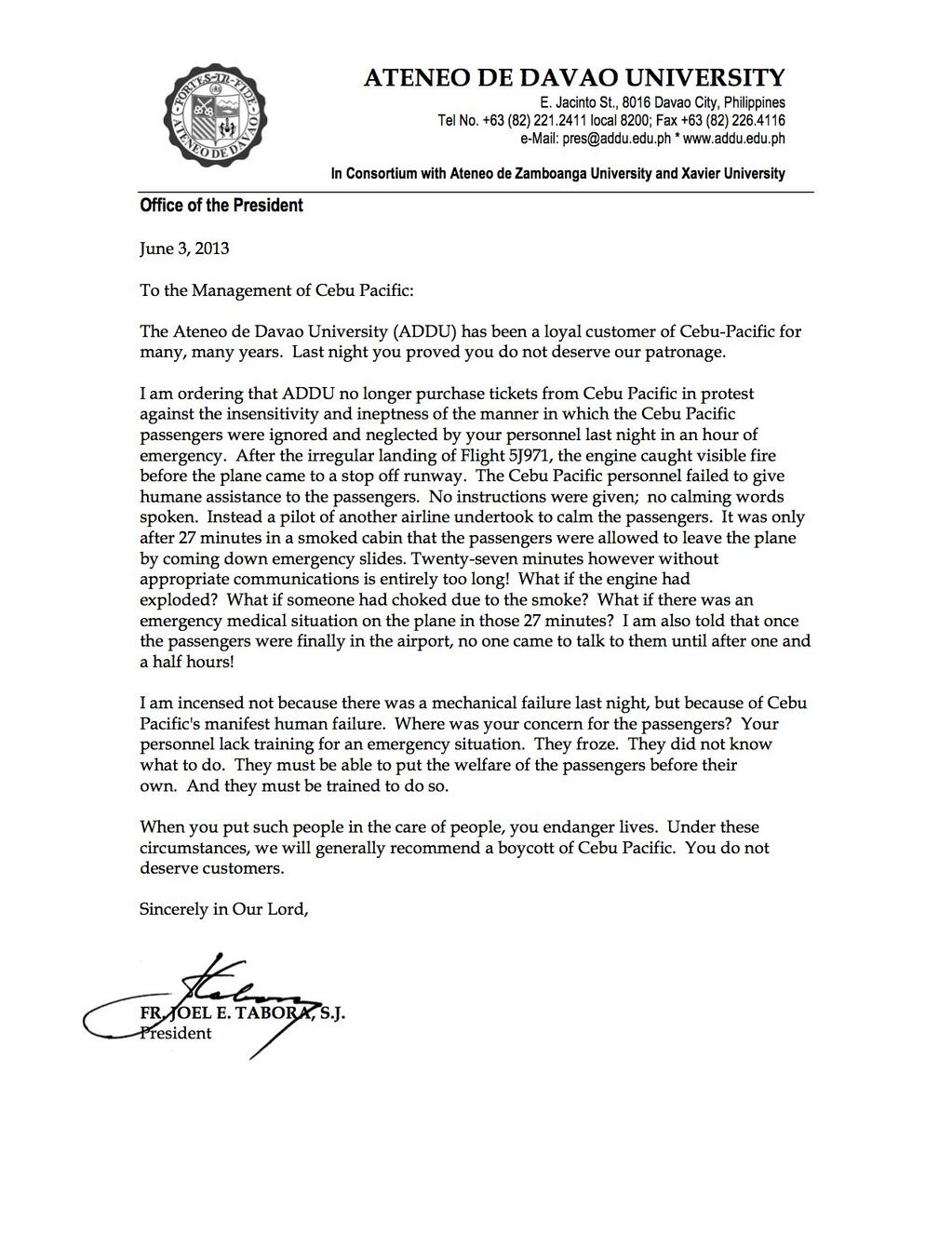 In times of crisis, heroes rise. In this case, no one seems to look for heroes. Everyone seems to be looking for “the leaders” of Cebu Pacific. Many have been asking: “Where have they gone?”

Where’s the leadership in all these?

Leadership has always been an issue once there’s a sensitive and highly-publicized event such as this one. I’m sure the leadership of Cebu Pacific has attended countless of leadership trainings and seminar. I’m sure, too, that they’ve had so many management learning sessions already. There’s no question how many of these classes they’ve attended. I guess, it no longer a question. They’ve had theories and the only thing missing now is the application of these theories. There’s a difference between theories and application. And I guess real leadership isn’t only about what we know but how we put in what we know in such a unique, almost-tragic, traumatic event. At the end of the day, people will turn to the leader regardless of the causes of error.

I’ve heard about Lance Gokongwei personally handling the tragic case of 1988 Cebu Pacific Flight 387 from Manila to Cagayan De Oro, where the plane crashed on the slopes of Mt. Sumagaya, in Claveria, Misamis Oriental killing 104 people on board.

That was a clear gesture of reaching out. Even so, that event is considered to be the deadliest aviation accident in Philippine history.

There’s only one difference between what happened yesterday and what happened 15 years ago: Not one single life was taken. Regardless, the leadership should have gotten to the ground to personally comfort those customers.

In fact, there’s a big but in this case as well: But it doesn’t excuse the leadership and management of Cebu Pacific to sit behind their desk and make some more eventual errors, cases in exclamation points that were enumerated by Fr. Tobara. Should they’ve attended to the immediate need of those who got affected, that could have been the company’s saving grace from people’s outrageous response.

And then you can’t find the leadership found caring, professionally attending to the immediate needs of the passengers? This may be the most fatal error in this unfortunate event.

In leadership, it’s not about what we know. It’s how we make use of what we know. Or maybe, just maybe, they have yet to figure out the difference between the two.

In an official statement issued by Fr. Joel Tabora, President of Ateneo De Davao University (ADDU) on June 3, 2013, I think leadership comes on top of the issues. The letter reads:

To the Management of Cebu Pacific:

The Ateneo de Davao University (ADDU) has been a loyal customer of Cebu-Pacific formany, many years. Last night you proved you do not deserve our patronage.I am ordering that ADDU no longer purchase tickets from Cebu Pacific in protest against the insensitivity and ineptness of the manner in which the Cebu Pacific passengers were ignored and neglected by your personnel last night in an hour of emergency.

After the irregular landing of Flight 5J971, the engine caught visible fire before the plane came to a stop off runway. The Cebu Pacific personnel failed to give humane assistance to the passengers. No instructions were given; no calming words spoken.

Instead a pilot of another airline undertook to calm the passengers.

It was only after 27 minutes in a smoked cabin that the passengers were allowed to leave the plane by coming down emergency slides. Twenty-seven minutes however without appropriate communications is entirely too long!

What if the engine had exploded? What if someone had choked due to the smoke? What if there was an emergency medical situation on the plane in those 27 minutes?

I am also told that once the passengers were finally in the airport, no one came to talk to them until after one and a half hours!

I am incensed not because there was a mechanical failure last night, but because of Cebu Pacific’s manifest human failure. Where was your concern for the passengers? Your personnel lack training for an emergency situation. They froze. They did not know what to do. They must be able to put the welfare of the passengers before their own. And they must be trained to do so. When you put such people in the care of people, you endanger lives. Under these circumstances, we will generally recommend a boycott of Cebu Pacific.

You do not deserve customers.

Just like the Cebu Pacific tragic plane crash 15 years ago, this, too, shall pass. I’m sure met people will forget about this. Some may remember, sure. But sure, in time, emotions will settle and logic will take its place again.

In leadership, we apply what we have learned. That’s the only way to lead. We put our ideas to work even it means going to the ground to personally comfort those in need.