For Binay and for Poe, obvious isn’t really obvious 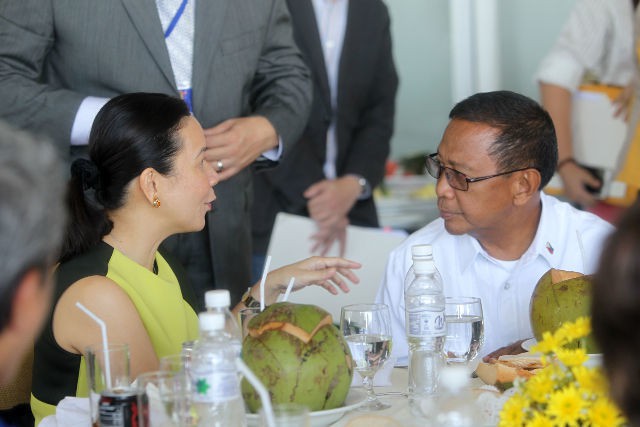 Yesterday, I saw the first of its kind. The No. 1 and 2 names coming out in the presidential survey just got their first exchange of statements both taking an offensive strike and defensive stance toward each other.

Isn’t it interesting to know that both politicians were simply stating the obvious? Well, yes it is. It must. But the media are there to spin it off. So we have this headline.

Binay, as well all know, has a long record of public service. Despite allegations of corruptions, every knows that he has been into it for a very long time, probably half his lifetime. So, why would you tell the Filipino people about something that everybody knows already?

Given his situation right now, he probably need to punch back and he’s restating the obvious could somehow make some damage to the credibility of Senator Grace Poe who is rumoured to run in presidential elections in 2016.

Does his political jab really create any damage?

Frankly, I don’t think so. For one, Filipinos love the underdog. By taking an offensive strike, Filipinos would go love the offended party. Thus, I am almost sure he will rank even higher come the next survey.

If the Vice President would continue to restate the obvious and impose his credentials and records to the point of damaging someone, his reputation is damaged. So my unsolicited advice? Don’t play someone else’s game, Mr. Vice President. Answer the allegation and then tell us where you’d like this country to be under your leadership, should we choose you to lead us.

Perhaps, Poe is making a clear contrast against Binay. And she knows Filipinos would prefer values over achievement. This is a clever statement, a clever move for someone who is obviously an underdog. Sometimes in political arena, much like in any game or military combat, defense is the best offense.

If she continues highlighting values over achievement and unprecedented potitical experience, I guess, Poe will do just fine. But while I, for one, would prefer values over experience, I would like to know where you are taking us as well. Your narrative on the late president Cory Aquino, that Filipinos supported her because of the values, may not be enough. Where we are right now clearly testifies how bad we messed up having an honest but hardly competent leader.

In the coming months, I am expecting from our politicians more statements stating the obvious, stories that we already know and the recycled narratives of yet another promise of a brighter future.

Lloyd Luna is a Filipino political consultant. He worked as technical assistant for youth affairs in the Office of the President in Malacanang Palace. His political strategies has served and helped some politicians get elected since 2004.

Why Most New Year’s Resolutions Fail
January 5, 2016
My Tweets
Go to Top