Filipino Motivational Speaker in the Philippines

Learning from every laughter.

Lloyd Luna is a sought-after Filipino motivational speaker and leadership coach in the Philippines. He has authored 17 self-help books since 2005. He is the founder of The Luna® Group of Companies, Inc.

Motivational Speaking as a Profession on The Bottomline with Boy Abunda

Our brand of motivational comedy

The best motivational speaker must have an inspiring story to tell, a highly entertaining presentation skill, and the ability to connect with the audience.

His inspirational talks come from his unique personal life experiences. They are stories of triumph and trials, pride and terrible shame, joys and pains. They’re not borrowed stories from various known personalities.

He speaks from his heart—literally and figuratively—which means he says exactly what needs to be said without any pretension or hypocrisy. In short, no holds barred. Straightforward but still fun. Compelling but not offending.

He’s the only Filipino motivational speaker who offers this kind of deal. He doesn’t mind not making money. After all, it’s the the whole point of his motivational speaking career. With confidence in his heart, if, for some good and acceptable reason, he didn’t satisfy you, he will give you full refund of your fee. No questions asked.

Filipino motivational speakers appearing on Google? Being on Google doesn’t make someone authentic and reliable. Be cautious. He has more than 10 years of experience in motivational speaking inspiring most major cities and provinces in the Philippines and some Asian countries. What he claims is what you get.

LLOYD ABRIA LUNA is popularly known in social media as #PambansangInspirasyon. He is an Asian motivational speaker and comedian. He is an author of 11 self-help books, radio and television talk show host. He’s also a popular Filipino songwriter and a topnotch speechwriter in the Philippines.

His remarkable life story of turning scarcity during his early childhood into golden opportunities in his 20s has been shared to thousands of people in Asia. Since 2005, he has been inspiring many Asian countries including Malaysia, Singapore, South Korea, Brunei, Vietnam, United Arab Emirates and Thailand.

He is President and CEO of Lloyd Luna Company, the parent-company of several companies he put up. Umbrella is a company that provides motivational speaking services and events. Scroll is a publishing company for Filipino authors. Skybell is an inspirational wear clothing business. Peaches and Cream String Quartet is a band. Peaches Music is a record label.

His self-published best-selling books include “Is There A Job Waiting For You?”, “Where To Find Success”, “Alphabet of Achievement”, “Why Am I Working?”, “Why Good People Fail”, “The Internet Marketing Handbook”, “Why Am I In Love With You?”, “Paano Maging Successful”, and “How To Be An Amazing Speaker”.

He is a sought-after keynote speaker in the areas of success and personal achievement, He is also a highly sought-after speaker on sales, marketing, goal-setting, career and personal development, entrepreneurship, business strategy and operations among other subjects.

He has been featured in over 1,000 conventions, conferences, seminars and workshops. He has appeared on more than 200 media interviews. He takes privilege as a motivational speaker for Canon, Toshiba, Bayer, Lenovo, Kia, Toyota, Nestle, Alaska, Puregold, Globe, Unilab, Watsons, Robinsonsland, Vistaland, Sunlife, Manulife, DMCI, HSBC, UCPB, PNB, Landbank and DBP.

He was named SM Supermarket Brand Ambassador, 2013 Most Inspiring Young Male Professional of the Year. In 2014, he received the 2014 Top Choice Awardee for Motivational Speaking.

At age 31, he was nominated to the 2013 Ten Outstanding Young Men of the Philippines.

One of the Philippines' Best-selling Motivational Authors

The principles, philosophies, and the steps on how to start and expand a business including the tried-and-tested techniques in building your brand or corporate image.

Whatever you are selling—products or services—you are in for an entertaining speech on selling (without really selling). Understand the opportunities in selling beyond money and you will enjoy every moment of your sales career.

I’m coming in hot, loaded with motivation and fun-filled speech. I’ll bring back the energy, the drive, and the joy in your workplace and help you solve some cultural as well as common workplace issues.

Regardless if your goal is a personal or a professional goal, I can help you navigate your way to achieve it. I can teach you the A-Z of setting and getting your goals. Goal setting has never been this fun!

What makes a good public speaker and how to be success in presenting in public? I’m sharing my experiences as a professional speaker for more than a decade—the mindset, the skill, the medium—everything that can make you an amazing public speaker.

What does it take to succeed in your chosen career? I’ll teach you how to choose the best fit career for you and how to succeed in it. Navigating one’s career is easier when you know the pitfalls and the challenges you might have to face ahead, head-on.

Of all leadership style, maternal leadership may probably be the most effective if not even the greatest. In essence, it’s about leadership lessons from the perspective of a mother and how her love can serve as a leadership inspiration.

What is your total package from inside out? Who are you really? What do you represent? What do you stand for? Just like all successful brands you see around, each one of us is made for a particular task but how you present your self is nothing but a reflection of the brand that you build inside. 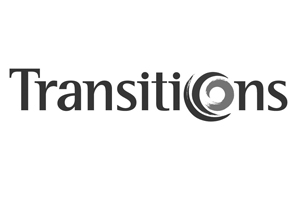 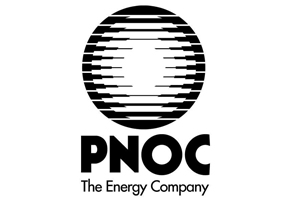 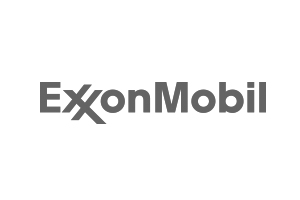 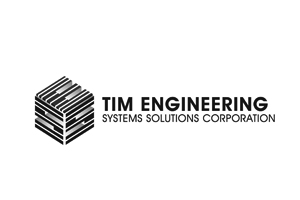 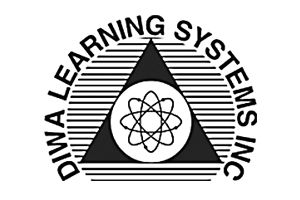 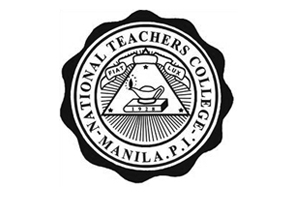 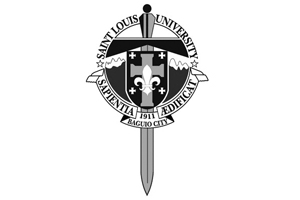 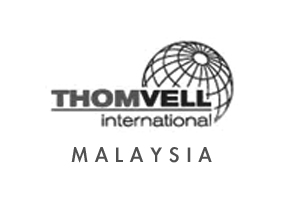 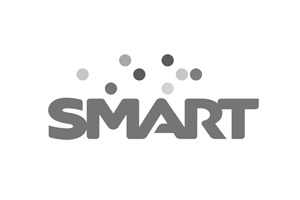 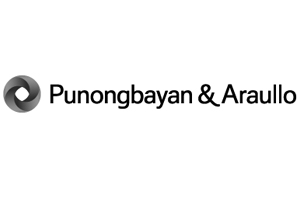 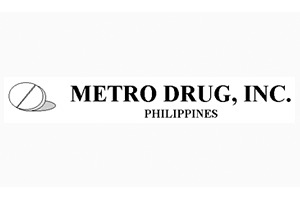 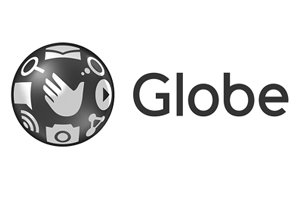 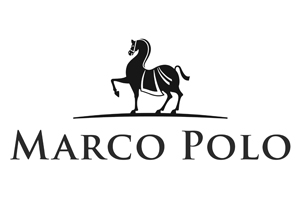 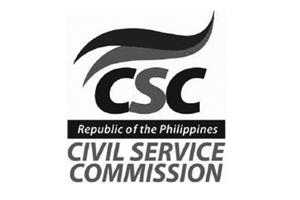 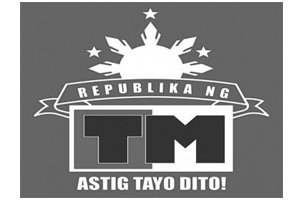 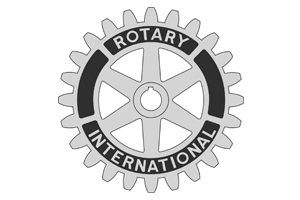 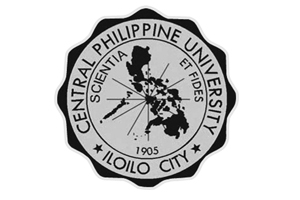 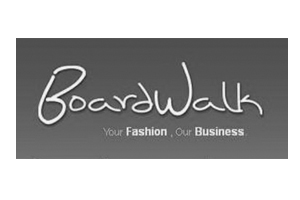 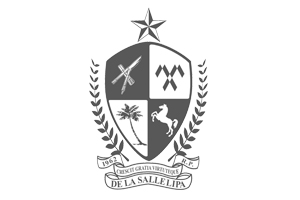 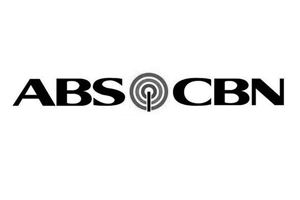 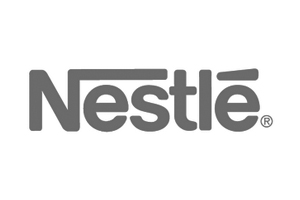 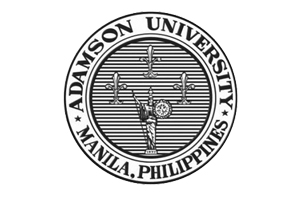 How to Choose the Best Motivational Speaker

Get someone with real-life experiences

Every speaker have their unique stories to tell. But there are some who simply make a business out of the soaring demand for this profession. You must be able to spot who are speaking based on what they read and those who speak based on authentic life experiences. The best motivational speakers are authentic speakers. They don’t simply retell someone else’s success stories. They tell their stories.

Be careful with your search

The Internet has given many speakers an opportunity to market themselves using Google. If you’re looking for a motivational speaker, you probably would open your browser and type the same set keywords. In an instant, voila! you have your results. But finding the perfect match much more the most suitable motivational speaker isn’t as simple as that. Being on Google doesn’t make someone the best-fit keynote speaker for you. Many organizations have fallen victims to this wherein in the end, they end up having a not-so-successful event. You have already spent so much time and effort and money in the preparation of your event and all you need is wrong speaker to ruin it all. So, be careful.

Find someone who really perform

Motivational speaking is unlike giving lectures. It is about getting up on stage, sharing stories that can inspire people. Therefore, you can’t afford to hire a lecturer. You need to get a performing speaker—someone lively, witty, fun, engaging. You don’t want your event to be another opportunity for people with less sleep get more of it. Go to Youtube to check if they can really deliver. Be careful with false claims that they can “wow” your audience just to be disappointed in the end. Be careful about fake testimonials because they, too, can be misleading. Always check and cross-check.

Look for someone who feels for the people

Search for someone with authentic stories

Some so-called motivational speakers don’t have much stories to share. Thus, they share someone else’s stories. They simply retell the accounts of other successful people, which they probably read in a book or saw on Youtube. But who are they to represent these personalities anyway? What you need is someone with real stories. Your audience is intelligent enough to know whether the inspirational speaker is authentic or fake. In fact, they can feel the sincerity of lack of it. Again, investigate.

Get someone who is tried-and-tested

When did your speaker start his motivational speaking career before a certain crowd? Just last year? Two years? Three? Five years ago? Maybe, 10 years? It’s too risky to experiment with newcomers if you are in to show an impressive event. I’m not saying you don’t get the up-and-coming motivational speaker especially if they have good stories to share. But you are also in for the best event and gambling on what may happen isn’t probably the best option for you. If you have a smaller event, you can probably get the newbies. But if you have an event with hundreds or even thousands of people in attendance, go for a tried-and-tested motivational speaker.

People from many walks of life, from the islands of the Philippines to the wonderful cities in Asia, have given Lloyd Luna remarkable reviews and accolades.

We didn’t expect that your talk will be like this. Just surprised by how lively, unique yet inspiring you your delivery was. It’s something I’ve not seen before. It was a top-notch performance. Everybody loved it. Such an amazing presentation. Very touching yet very funny.

What a fantastic, fantastic speech. It was presented in a lively, funny but totally harmonious “standup comedy.” It’s substantial as well. Nobody stood up to take a pee. Everybody sticked around from start to finish. A very inspiring talk, so far the best kick-off motivational speaker we’ve got.

Lloyd is the go-to guy if you’re looking for a lively motivational speaker. His spontaneous and natural expression of his teachings and inspiration is superb. Such a rare talent. We are grateful for granting us the opportunity to hear him in person. He over-delivered surpassing all our expectations.

One of the most effective, brilliant and funny motivational speaker in the Philippines who helped our sales people make the best in what they do.

Featured Motivational Speaker in Most Schools, Sales Rallies, Company Meetings in the Philippines and Asia

Lloyd Luna has been featured to over 1,000 conventions, conferences and seminars across Asia. His story of turning his life misery into golden opportunities has been shared in Malaysia, Singapore, Brunei, Thailand, South Korea, Vietnam and United Arab Emirates.

Paano Maging Successful (How to be Successful) is a feel-good, entertaining, highly inspiring keynote speech

Why Am I Working? is about understanding the value of what you do so you’ll never hate your job again

Lloyd Luna hosts a weekly television talk show called Creative Business on GNN. The show has been inspiring millions of televiewers for 11 seasons now since its debut in 2011. The show airs every Sunday, 12nn, with replay on Mondays, 11am on Sky Cable Channel 213, Destiny Channel 8, and GSat Channel 1.

Watch Past EpisodesPropose a Guesting

Inspirational Stories in Business and in Life 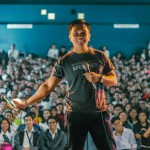 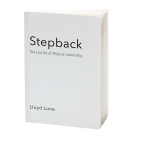 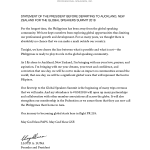 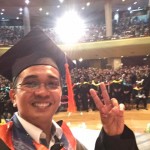 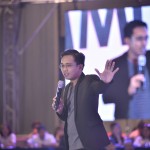 Don’t miss your chance to book one of the Asia’s finest motivational speakers in Manila, Philippines! Go ahead and fill up the form.

Thank you for all the love!

And so after my speech, I stay in the venue for as long as I can to make some stops and shake the hands of the audience and smile for photos and selfies. That is because I want to make them feel how grateful I am for their appreciation and love.

People is the center of my work as they are part of my personal mission to inspire action, strengthen the faith and change lives. Without those who listen to my talks, read my books and follow my writings in the Web, it would be impossible for me to carry out what I believe to be my calling.

When I was still a child, I dreamed of becoming a priest. But I wouldn’t become one. So perhaps God has another way of making me a teacher. Maybe that is why I became a motivational speaker and inspirational author.

Thank you for dropping by to my website. Say hello to every one for me. All the best.